A lot of messages 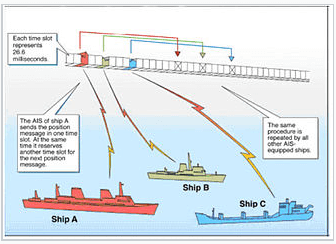 Most ships and larger boats carry a VHF collision avoidance system called Automatic Identification System (AIS). They broadcast messages containing information about their identity, current position, course and speed. Although VHF is a line of sight system, data from ships in mid-ocean is collected by satellite. There is a healthy business collecting the data, sanitising, storing and making it available for analysis. For example insurance brokers need to know when a ship arrives at its’ destination port so they can adjust their exposure.

Dependent on speed, a ship can broadcast messages every few seconds. With several hundred thousand ships afloat, many thousands of messages per second are generated. This translates into peta-bytes a year of data that need stored.

A FTSE 100 company had an existing business collecting, analysing and selling the data. They were struggling to cope with increased data volumes, particularly:

In the proof of concept phase we analysed the existing system (Java and relational database based) identifying the fundamental technical problems. We reverse engineered the business rules from the existing code, documenting them using Given-When-Then syntax. With the rules and scope agreed it was time to build the POC including:

In the development phase we built out the front-end: